What do regular people on Earth-616 think about the MCU? 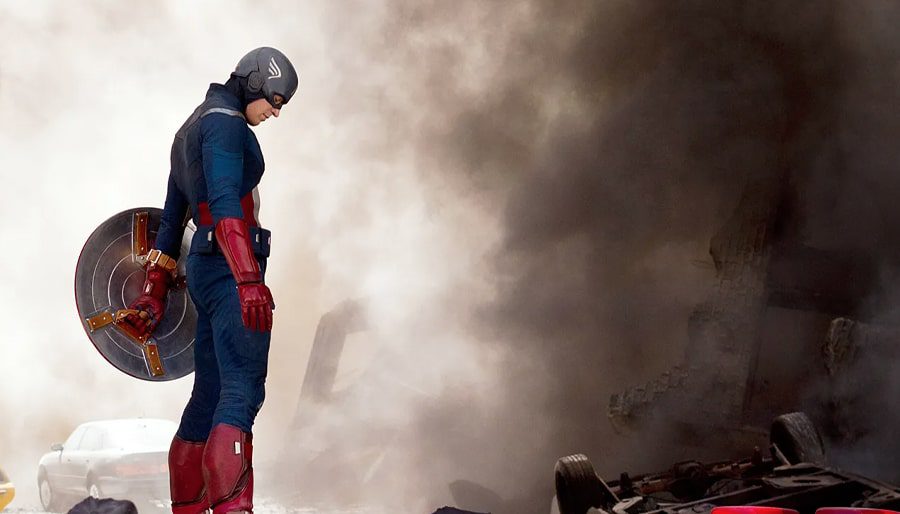 Imagination Connoisseur known as “Myle” asks a very straightforward question – what do ordinary people who live on Earth in the MCU think about all the events and characters depicted in the movies and streaming shows?

Who’s paying to clean up this mess? 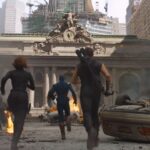 Many times, you have asked how the ordinary people of MCU handle those mind-blowing events that happen in these stories. Well, how I see it, it’s like we do.

In their world, myths are just real but also they witness them in their life. (And I think you know this cause you’ve red Marvel Saga – maybe you just forget that sometimes.)

Some believe it’s all part of God’s great plan, some think secret societies are behind everything, while some say it’s the ancient aliens. These things happen and every individual goes their own unique way.

In their world, like our own, not every single professor with over 150 IQ points goes to meetings at Xavier Institute. It would be too expensive for that lady in Bern, Switzerland to buy an airplane ticket every weekend to do that. 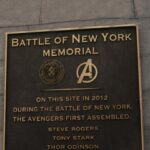 In the same way, a young dude in Calcutta couldn’t start going out at night to fight crime, even though he has this super-strength, because he can’t sew himself a cool suit and also his mom needs all the help and time he can spare for taking care of their family business.

MCU tells the stories of a few hand-picked superheroes while the rest of the people on the planet do whatever they do.

What we might consider extraordinary might be more common and could get on people’s nerves. Like, for example: “Jimmy says it’s all just fake news and a set-up when his uncle’s boss was busted by Spiderman.”

Or, “I can’t put stuff in one of my drawers ’cause there’s this weird dimensional portal, but I called my local wizard and he’s coming next week to close it. I hate that drawer. It’s the second time I’ve lost my favorite t-shirt. Thanks, Dormammu.”

Well, that’s all now. All the best!

And just like you say, everyone has a story to tell that you haven’t yet heard and all you have to do is listen. 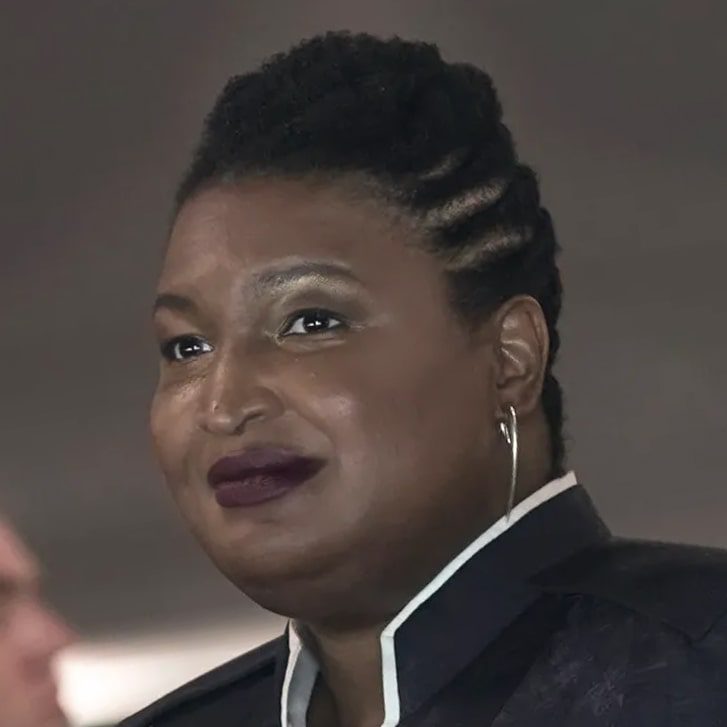 Imagination Connoisseur, ROBB, shares his thoughts on how Star Trek: Discovery handled its casting of Democratic politician, Stacey Abrams, as the president of a united Earth in the show’s finale. Personal politics aside, ROBB seems to feel Star Trek’s producers missed an opportunity to send a message about unity at a time when we could all use it. 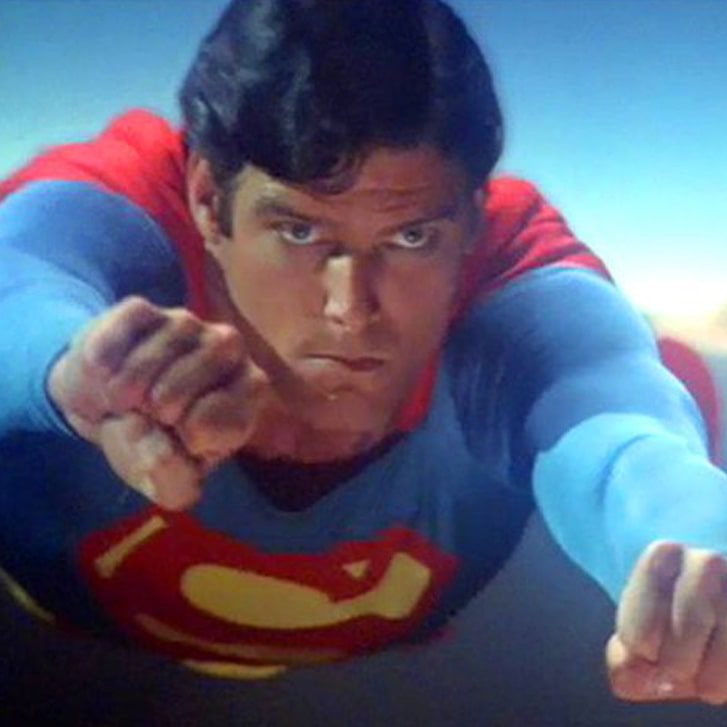 Will Superman be returning in 4K someday?

Long-time PGS Member, Kenny Kraly Jr., writes in to the LET’S GET PHYSICAL MEDIA show to ask for their predictions on the possibility of getting more Superman movies out on 4k Blu-Ray. 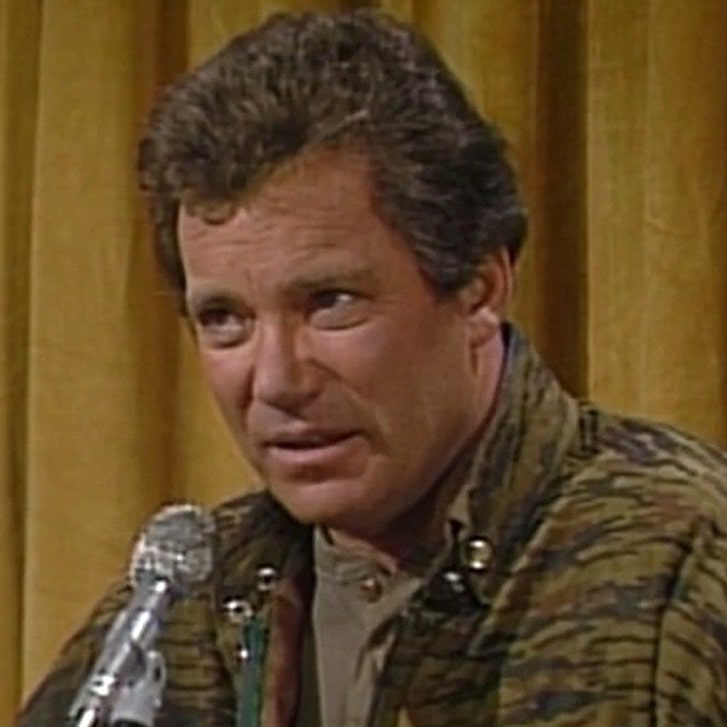 On the topic of “Gatekeeping” …

Imagination Connoisseur, Jason Miller, writes a letter of support for ROBSERVATIONS host, Robert Meyer Burnett, who has recently proclaimed himself the Gatekeeper of Geekdom. Jason shares his experience defending RMB’s joke (made on Twitter) and arrives at an inescapable conclusion that everyone should probably take to heart. 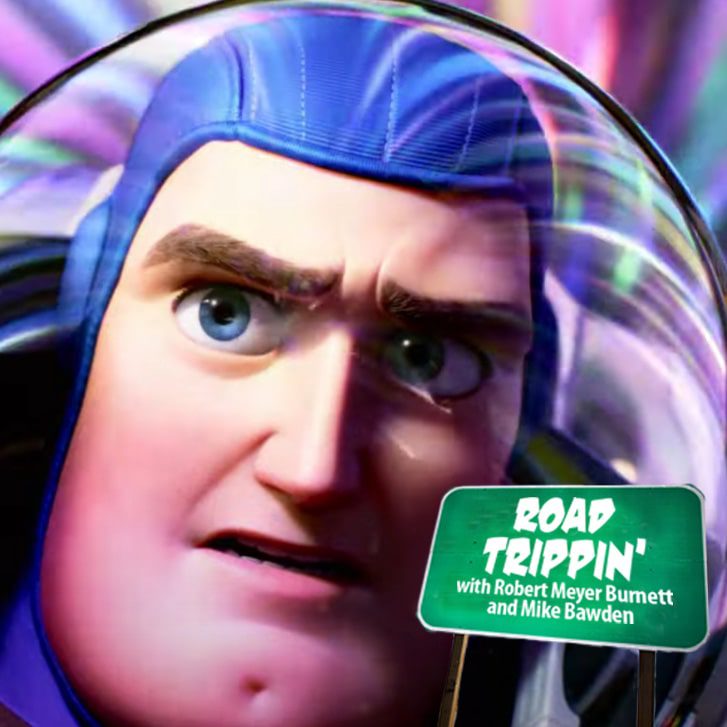 Attention Star Command, there seems to be a problem with Buzz Lightyear

ROADTRIPPIN’ co-hosts Robert Meyer Burnett and Mike Bawden respond to letters from listeners proposing a variety of reasons as to why Pixar’s latest animated feature, LIGHTYEAR, didn’t meet expectations during its opening weekend. Was it a result of bad casting, a strained relationship between studios, convoluted marketing or stronger-than-expected competition? No one is sure – but it’s possible the problem runs much deeper than an origin story for an action figure might let on. 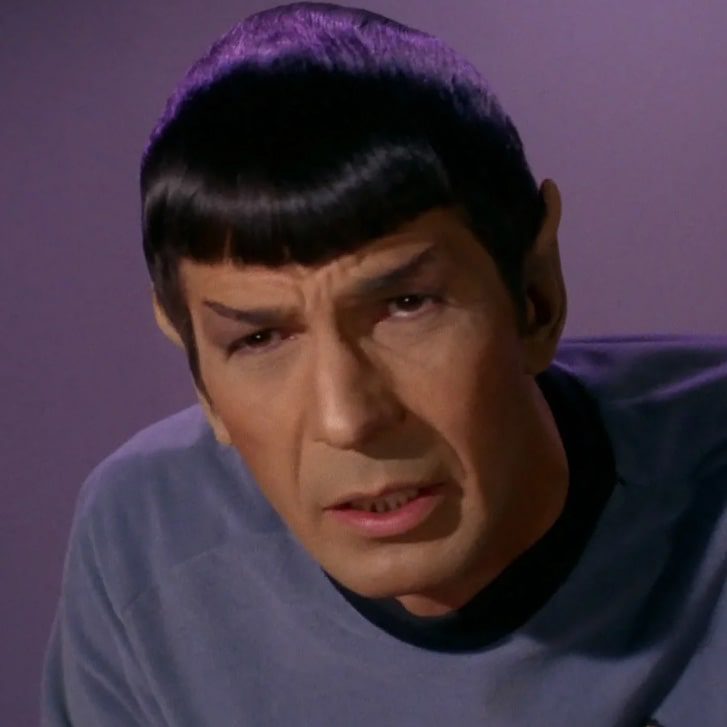 How to accept Star Trek now so you don’t go insane!

Imagination Connoisseur, Adam Talley, writes in to explain how he now views the Star Trek franchise – a way that acknowledges the “good old days” so many OG fans pine for and the new innovations we’re seeing in stores, online, and in theaters. 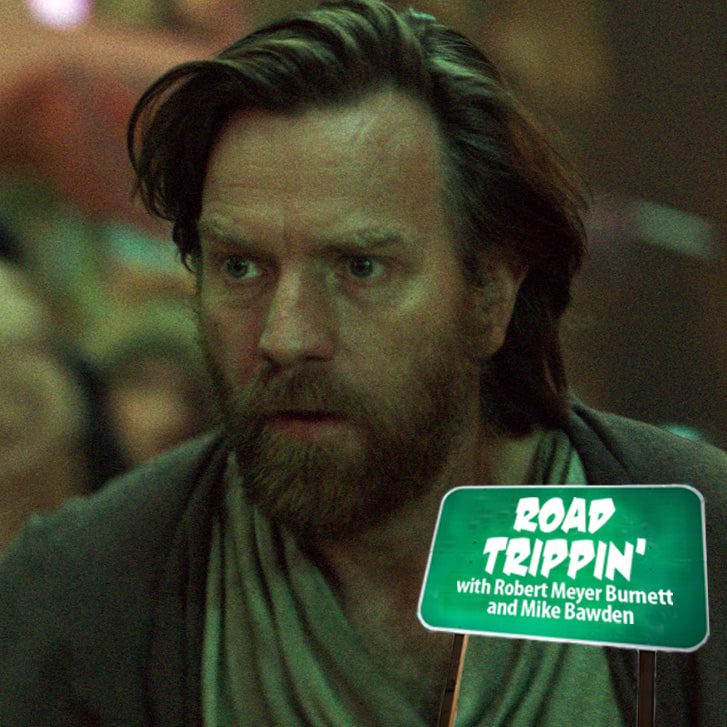 Why is Obi-Wan the most boring thing about the Obi-Wan Kenobi streaming series on Disney+?

ROADTRIPPIN’ co-hosts Robert Meyer Burnett and Mike Bawden discuss the broader implications of a question posed by an Imagination Connoisseur who asks why Obi-Wan Kenobi is such a boring character in his own series. In fact, one could ask why so many Star Wars series seem to be “running in place” and not really going anywhere with characters who don’t seem to be doing all that much. Is there a larger force at work here that no one seems to acknowledge? And where have we heard THAT before? 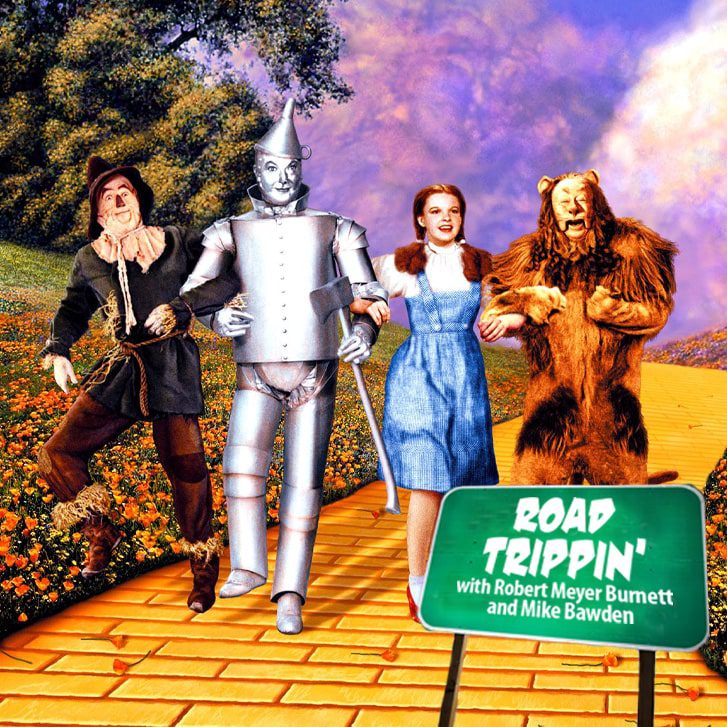 Does it make sense to remake good movies?

ROADTRIPPIN’ co-hosts Robert Meyer Burnett and Mike Bawden respond to a letter from an Imagination Connoisseur who asks why Hollywood seems content remaking and re-booting successful movies rather than making movies with “great potential” that might have not met expectations when they were first released to the public. As Rob and Mike point out, there’s a lot more involved in a successful remake than one might imagine.

Rob comes out and admits he’s THE Gatekeeper of Fandom

Co-hosts Robert Meyer Burnett and Mike Bawden discuss Rob’s recent revelation that he is, in fact, THE GATEKEEPER OF ALL FANDOM and what Imagination Connoisseurs can now expect of him serving as the judge, jury and adjudicator of all things geeky. Plus interesting letters from fans. 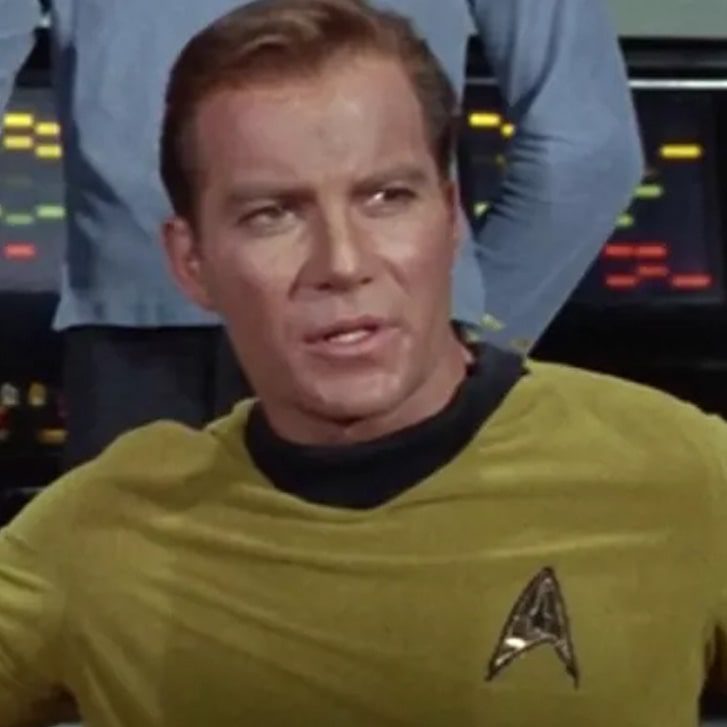 Lots of Star Trek-y goodness on the Interwebs lately

In less time than it takes for a tribble to become a grandparent, here’s a list of the eight most interesting, Trek-related things we’ve found worth sharing with our fellow Imagination Connoisseurs … 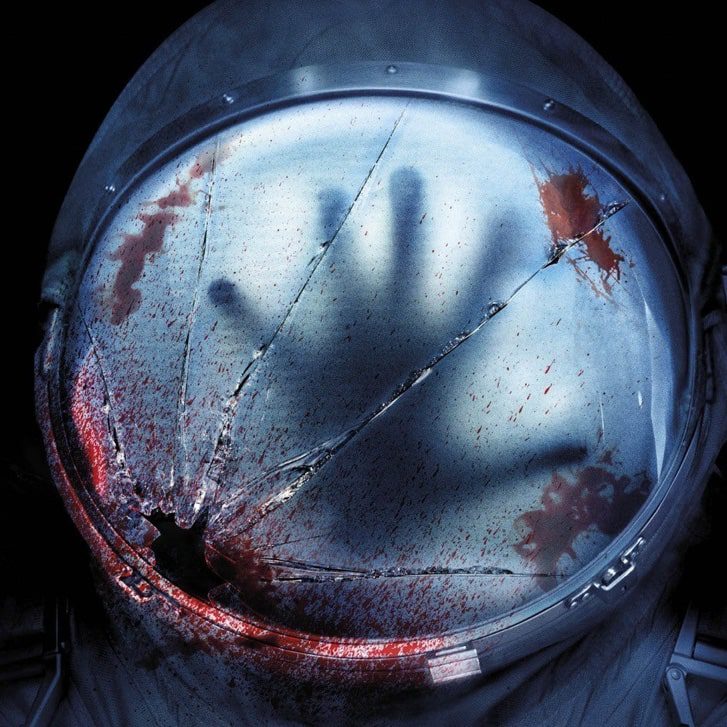 Making a case for LIFE after ALIEN

Imagination Connoisseur, S’wak Props, thinks Ridley Scott could have done much better when it came to making a sequel to his 1979 sci-fi/horror classic, ALIEN. Instead of Scott’s ALIEN COVENANT, S’wak recommends you check out Daniel Espinosa’s LIFE which includes Jake Gyllenhaal and Ryan Reynolds among others in the cast.